Join 6,000+ subscribers and get our latest articles via email.

The Scales of Training: Scale 5 – Straightness

Straightness is probably the most difficult of the scales to place in terms of order.

Although it is fifth on the scale, it is quite integral to achieving the earlier scales. In other words, the scales are all inter-related, and this is the most obvious example.

Sound complicated? Try to think of straightness in the following terms to gain a better understanding.

So you can see that this sounds a lot like the second item on the scale, suppleness.  It is also integral to gaining equal contact in both hands, and developing impulsion, which depends on both hind legs thrusting with equal power and in the same direction.

All horses are born crooked, and straightening them is a never-ending task; without monitoring, their natural crookedness will reassert itself.

Why is straightness important?

1) Through developing even weight distribution on both sides of the horse, we help him to maintain health and soundness for ridden work, by promoting equal wear on the muscles, tendons, joints, and ligaments of both sides.

2) To prepare him for collection, the final scale. Only a straight horse using both hind legs equally and taking even weight in both sides of the contact can engage his hindquarters sufficiently under his body, assuming he is correctly supple over the top line and working ‘through’, to transfer more weight carriage to his rear end and so lighten his forehand to achieve true collection.

When should straightness be addressed?

Although straightness may not be a priority in the earlier stages, you need to start paying attention to it from the word go.

Straightening natural crookedness takes months and years of persistent work, and although you may not achieve it until the horse is relatively advanced in training terms (around Medium level in British Dressage competition), you will need to work on it as an underlying issue pretty much as soon as your basic controls are established.

What exactly is straightness?

To simplify a little, just picture your horse’s spine, and line that up to the line you are following.  Now things become even a bit more complicated. You have two types of straightness:

Absolute straightness is what you are trying to achieve on a center line.

You want your horse’s spine to be totally aligned to the straight line along which you are riding, from his head, along his neck, along his back, and into his hindquarters and tail with no part of his body deviating off the line.

As anyone who has ridden a dressage test can tell you, this is easier said than done, but that is your goal.

Your horse’s hips are wider than his shoulders. This means that if you riding on soft ground and you look at the imprint of his front and hind hooves, you will see that the front feet land on the ground slightly closer together than the hind feet, so although we talk about alignment as the front and hind hooves traveling in the same lines, this is not quite possible.

Functional straightness describes when you have the two hooves (front and back of one side) traveling along the same line and is what you should strive to achieve in canter.

As opposed to walk and trot, canter brings an added complication to straightness.

Due to the nature of the canter sequence, where the legs on one side (the ‘leading’ side) are always moving in advance of the legs on the outside of the body, the horse’s spine is predisposed to curling up towards the leading leg.

This is why judges often comment that a horse is ‘quarters in’ in canter.

To prevent this natural crookedness, canter should always be ridden with a slight feeling of shoulder fore, so that the two feet on the leading side are aligned (in one track), and the horse’s nose is positioned above his inside knee.

Remember that difference in the width of your horse’s shoulders and hips? Then you will see why you must move the shoulders slightly in to put the front hoof directly in front of the corresponding hind hoof. This is functional straightness.

Although straightness is far along in the list of training scales, it must be addressed as soon as possible and refined when the other scales are established, rather than being ignored during the earlier stages of training.

Straightness is essential if the horse is to complete the scales and achieve the goal of training, which is the ability to collect, i.e. redistribute the weight carriage of horse and rider more towards the haunches, to lighten and mobilise the forehand, removing the excess weight from the more vulnerable front leg joints, and so promote health and soundness. 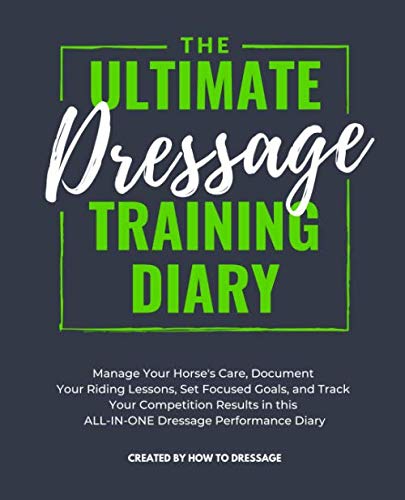 There's more where that came from...

Check out our selection of related articles.

The Scales of Training: Scale 1 – Rhythm

The Scales of Training: Scale 1 – Rhythm

Why ALL Dressage Riders Need to Know The Scales of Training

Why ALL Dressage Riders Need to Know The Scales of Training

The Scales of Training: Scale 6 – Collection

The Scales of Training: Scale 6 – Collection

The Scales of Training: Scale 2 – Suppleness

The Scales of Training: Scale 2 – Suppleness

The Scales of Training: Scale 4 – Impulsion

Please log in again. The login page will open in a new tab. After logging in you can close it and return to this page.

This website uses cookies to improve your experience while you navigate through the website. Out of these, the cookies that are categorized as necessary are stored on your browser as they are essential for the working of basic functionalities of the website. We also use third-party cookies that help us analyze and understand how you use this website. These cookies will be stored in your browser only with your consent. You also have the option to opt-out of these cookies. But opting out of some of these cookies may affect your browsing experience.
Necessary Always Enabled
Necessary cookies are absolutely essential for the website to function properly. This category only includes cookies that ensures basic functionalities and security features of the website. These cookies do not store any personal information.
Non-necessary
Any cookies that may not be particularly necessary for the website to function and is used specifically to collect user personal data via analytics, ads, other embedded contents are termed as non-necessary cookies. It is mandatory to procure user consent prior to running these cookies on your website.
SAVE & ACCEPT